Moral philosophy often makes use of personal perceptions of moral intuitions and durable well-being (or happiness or flourishing) to judge the worth of foundational moral premises such as those underlying Utilitarianism, egoism, and virtue ethics. For John Rawls’ “reflective equilibrium behind a veil of ignorance” theory of justice, imagined moral intuitions from all conceivable perspectives directly determine what is just.

Further, once morality’s ‘ends’ in consequentialist moral philosophies are established, it is often not obvious what moral standards ought to be enforced to best achieve those ends, such as “maximize well-being for the most people”, “maximize personal well-being”, or be in accord with “reflective equilibrium behind a veil of ignorance”.

The above difficulties have hampered moral philosophy since the time of the ancient Greeks.

Moral philosophy’s reliance on personal perceptions of moral intuitions and durable well-being may be ending.

Over the last 35 years or so, it has become progressively clearer that social moralities (morality dealing with interactions with other people) are sets of biological and cultural evolutionary adaptations selected for by the benefits of altruistic cooperation in groups.  That means our moral emotions such as empathy, loyalty, and guilt, our moral intuitions, much of our experience of durable well-being, and past and present enforced moral standards were all selected for by the increased benefits of altruistic cooperation in groups they produced.

That purely descriptive science could have profound implications for moral philosophy.

The descriptive science of morality is moral philosophy’s useful servant, not its prescriptive master. 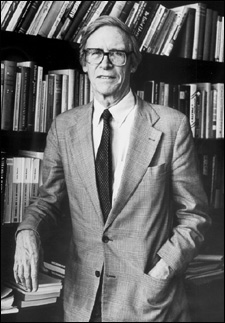